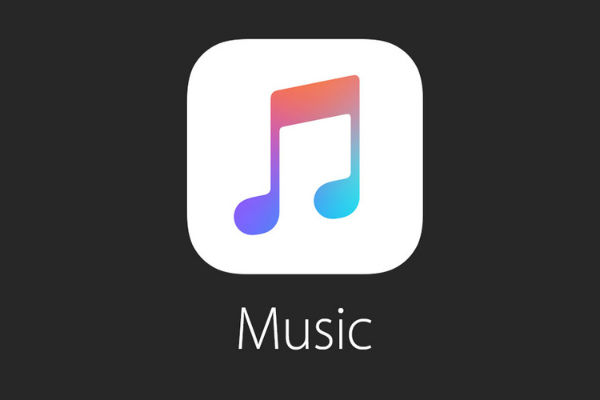 3 Reasons We Struggled to Like Apple Music: Part 1 of 3

“Innovation has nothing to do with how many R & D dollars you have… It’s not about money. It’s about the people you have, how you’re led, and how much you get it.” – Steve Jobs

Back in 2003, Apple saved a dying industry from music piracy with iTunes. Now, 12 years later, we don’t care to purchase or pirate our music – we stream it.

To combat this and stay in the game, they released Apple Music: a streaming service that integrates iTunes purchasing and storage and throws in an international 24/7 radio feature. But was it too little too late?

The Genesis of Apple Music

Much like the anticipated Google+ with social media, Apple Music was a thinly veiled attempt to monopolize the music streaming industry. As Spotify and Apple-product lovers, we naturally had to put it to the test. We summoned a variety of demographics (slash family members) to participate:

And so began the Apple Music Experiment.

*Disclaimer: I, the 20 yr old participant and author, was watching Dance Moms while testing the Apple Music service, which may have contributed to an understandable amount of arguably misdirected scrutiny. However, I also did extensive research. So ha.*

Right off the bat, we noticed something baffling: Touch ID did not work in Apple Music.

Not only was it not an option for most parts of the signup, but the section that did offer it didn’t acknowledge it, and you had to type in your password anyway.

How could Apple miss an opportunity to promote one of its own convenience-based features?

Next, there were problems with the app responding to touch:

“Immediately after signing in, I tried to verify details of my account and subscription. I clicked on the details option 5 or 6 times, without so much as a pinwheel of a loading page.”

This is a problem other users have reported as well, so much so that Apple had to write a Support page about it.

If nothing else, the troubles at startup foreshadowed troubles throughout. While referring to the new and improved For You section, our Gen-X’er explained:

“I had trouble understanding what the service does. It was a bit overwhelming… Most of the time I just want to find my own music and not have to scroll through a bunch of pictures of angry rappers.”

It appears the purpose of the For You section was lost on users who are less familiar with how Apple works: “who is Matt Maher and Blue Slide Park, and why are they for me?”

We’re off to a confusing start.

At the heart of any app, we need functionality. Can we accomplish our task within the app? Can we do it quickly?

Whether you’re getting directions, stopping for coffee, or playing the latest game (Have you tried Family Feud 2 yet?), nobody wants to waste time fumbling through confusing software.

The younger you are, the more likely you’re just going to switch to a bigger & better app.

From Day 1, the Spotify users were all in frustrated harmony that Apple Music only worked with a WiFi connection. Only one of them took the time to go into the Settings app and give Apple Music permission to use their cellular data.

Our Tech Enthusiast, who actually worked for Apple in the mid-2000s, also knew to go into Settings and authorize data.

And the Gen-X’er, who gives access to every app and feature available and keeps WiFi and Bluetooth on 24/7, did not experience this problem, due to the aforementioned habit of allowing everything to run all the time.

While we can attribute some frustration to our own test subjects’ problem solving, it should also be noted that Apple has always spoon-fed us prompts anytime our device needs permission to do something, because they understand digging through Settings is not where you want to spend your time.

In contrast, Spotify users can quickly and seamlessly switch from WiFi to 3G and back, and at the top of every playlist, you can switch “Offline Mode” into gear.

Offline Mode downloads the songs to your device, allowing you to listen to music without any internet connection at all. If you need the storage back or don’t want that playlist anymore, you just drag the Offline lever back. Not one of our test subjects reported finding the Offline Mode option in Apple Music (for songs not in your iTunes library).

It seemed the Apple Music functions confused both the tech-savvy and the less savvy, although our Gen-X’er did not appreciate his grouping, and retorted, “I was among the first to use computers in high school, so don’t mock my experience with an Artari 486.”

However, he also disclosed that he needed his teenage daughter’s help to signup… So the jury’s out on that one.

While these were the main issues we experienced using Apple Music, there have been reports of at least 19 common problems people are experiencing with the new service.

Some are a quick fix, some are part of the software. All are confusing, frustrating, and result in less tech-savvy people giving up (including our participant, who said he will cancel the service as soon as he figures out how).

Join us next time for Part 2, where we take a look at the content and features!

Have you tried Apple Music? We’d love to hear about your experience!