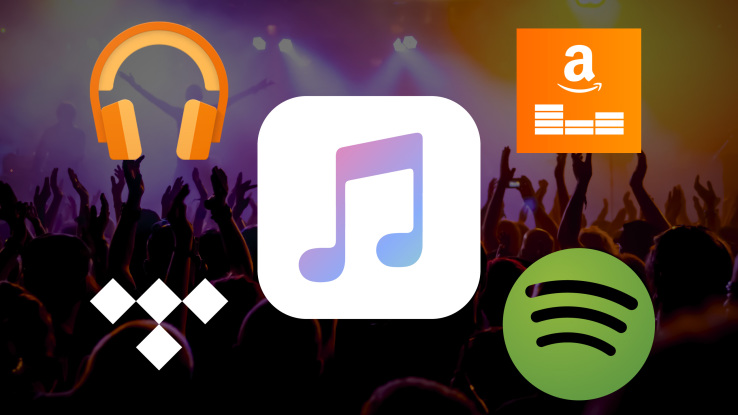 What’s the Best Music Streaming Service? 3 Reasons We Struggled to Like Apple Music: Part 3 of 3

Much like the anticipated Google+ with social media, Apple Music was a thinly veiled attempt to monopolize the music streaming industry.

As Spotify and Apple-product lovers, we naturally had to put it to the test. And so, the Apple Music Experiment was born.

If you’ve been following our journey, you know how the app itself and the content of the app fare with its users. Today, we’ll share Part 3 of our Experiment:

Is Apple Music better than other services? 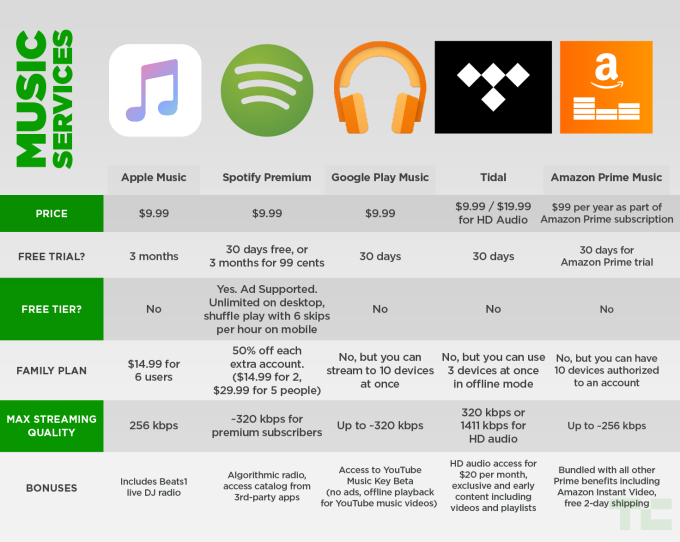 The chart above, brought to you by Side-Line, breaks down the different music platforms available. You may notice Apple has a lower “Max Streaming Quality” than Spotify.

While it’s hard to explain why kilobits per second are important, we can tell you the standard for CDs and Records, or “lossless” files, is 1,411 kbps. That’s about 5x higher in quality than any streaming service on the map, with the exception of Tidal’s HD Audio feature.

That being said, there is doubt over whether the average ear can actually perceive the difference, but you can test it here.  Not having a free tier is sure to detract a few other users from joining and keep them in Spotify land.

Smart move on Apple’s part, however, to include a “family plan” to get up to 6 users on board for a way cheaper price than individual signups.

We enjoyed putting it to the test, but are going to stick with Spotify for now until this platform has a few updates.  While we found a few things, like the overly-generalized music categories, touch responsiveness issues, lack of offline mode, and sometimes confusing navigation, pretty frustrating,

Apple will undoubtedly make fast and intelligent changes to their platform as they get more and more feedback from their devoted followers. All always with new Apple products, though, we’re excited to see what the future holds.

Check out the other comparison stats in the chart above to see what YOU think about Apple Music’s offerings!