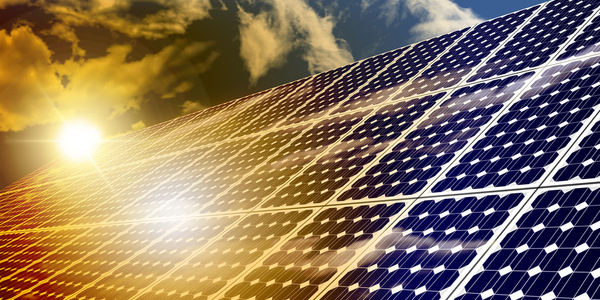 Take a look around El Dorado Hills, CA and the surrounding area, and it’s clear that interest in solar energy is growing with each passing year.

More and more homeowners are “going solar” to save money on their monthly utility bills and move in the direction of energy independence. This being said, many people find themselves nervous to make the jump, often wondering whether or not solar is right for them.

If this sounds familiar, you’re not alone. Still, most of the concerns that people have about solar energy are based more on anxiety than fact. Here are a few of the most common solar myths we hear about at California Energy Services, all of which are false:

California residents are lucky to be able to enjoy a fair amount of sun throughout the year, which is one reason why so many people have embraced solar technology.

The idea that solar only works in sunny areas are false, however. Consider foggy San Francisco in comparison to the immense amount of sunshine characteristic of areas like Sacramento.

In most cases, the former will only produce 1% less energy than the latter, which may explain why the grey skies of Germany haven’t stopped the country from leading the world in residential solar installs.

For those who live in climates where rough weather is a common occurrence, it makes sense to wonder whether or not solar panels can stand up to the elements.

The fact is, solar panels are protected by tempered glass and feature no moving parts, which means they’re not only sturdy, but they require little to no maintenance. You can choose to hose off your panels once a year to keep them clean, but many homeowners don’t even go far as to take this step.

Myth #3: Solar is too Expensive

When solar energy first became available for residential homeowners, it seemed financially out of reach for all but the wealthiest of people.

Today, however, solar is cheaper than ever, as technology has become streamlined to the point where panels can be produced and installed inexpensively. There are also a number of different rebates and financing options available to those interested in going solar, many of which can significantly cut down on final purchasing costs.

The popularity of solar is only going to grow more with time, and CES is proud to be a leader in the solar movement.

Contact us today for more information or to schedule an appointment.